Brene Brown gives an awesome Ted Talk regarding the power of vulnerability. In her research on human connections (love).

She found that the difference between people who have a strong sense of worthiness and those that do not is simply the belief that they are worthy of it (deserving). She discuss how these type of people have certain traits:

She dubbed these people with a strong sense of worthiness as “Whole-Hearted.” These people fully embrace vulnerability, and believe that we makes them vulnerable made them beautiful.

Those who were felt unworthy, struggled with fear and shame. By making their vulnerabilities come to light, they become shameful, and that shame gives them a sense of unworthy of connection. So what happens, is that they begin to fear anything that makes them shameful, in a sense, they fear being imperfect.

“To let ourselves be seen, deeply seen, vulnerably seen; to love with our whole hearts even though there’s no guarantee… to practice gratitude and joy, in those moments of terror… is to believe that we’re enough (worthy of being loved despite being imperfect). Because when we work from a place that says “I’m enough” then we stop screaming and start listening, we’re kinder and gentler to the people around us, and to ourselves.” 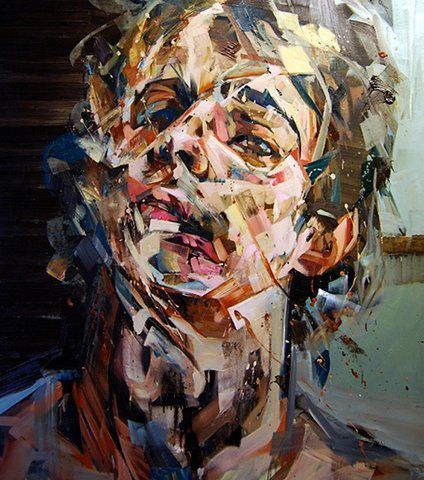 Do not fear what has not happened yet. Worrying will not do anything it will just stress you out. It is normal to fear the unknown. Your fate is unknown, it is uncertain. But then again everyone’s fate is unknown.

This does not mean to be still as you wait for your fate. Instead, act on things that may affect your future. Create positive connections that demonstrate your honesty, courage, morality, responsibility, and selfless service. Actions will shape your fate. Beautiful are we
Woven by threads of diversity

We live in a land
Supposedly free
Nation so grand
Beautiful are we.

Love is so strong
It can blind our view
Distorts all sound
Unthink thoughts
We already knew.

All the while we didn’t know
That love, blind love
Kills us slow.

Jaded love he grew tired of

A heart so confused he can’t feel

I hope you die dancing

In a sea of regret you’ve made

As your memory fades

My mind knows that there is no hope
But my heart still hangs on
For some reason, my heart thinks that love will bring us back together
My mind knows that it can’t because what we once were can’t be replicated.
My heart wants to fight.
While my mind imprisons the urges.

I am not finding myself, I am creating myself.